To begin, I must inform you that today I was handed an entire container of candy corn. Somehow, I managed not to eat them all. Thus, the tone for this post is set. Onwards! :)

It’s now November, if you hadn’t noticed. If you were still clinging to October by your fingernails, well, my apologies. Thanksgiving is coming, which means it’s practically Christmas, especially since Thanksgiving falls so late this year. If you haven’t thought about gifts yet, now’s the time. Seriously. Buy stuff. Or, I guess giving love from your heart to people you care about is fiiiiiiiiine, too… (You can read my sarcasm font, right?)

Anyway. Our birthstones this month are Citrine and Topaz. But we’re going to talk about citrines first because, well, it’s my blog and also I said so. Coincidentally, November is my birthday month, and I’ve had many an argument over my birthstone with well-meaning folk who insist it’s topaz. And only topaz. A-hem. 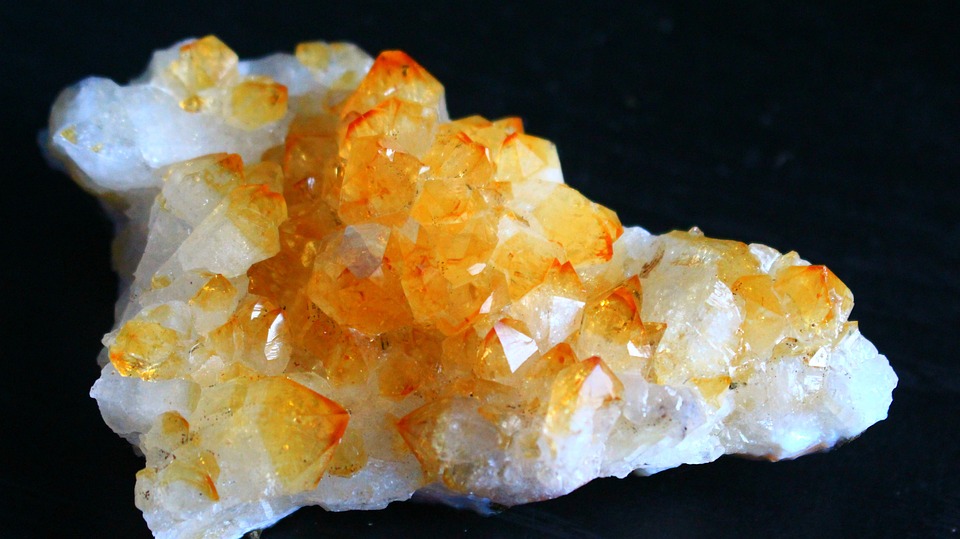 A lovely–usually orange–stone, citrine may encourage motivation, creativity, and even increase concentration. Color ranges from pale golden yellow/honey to nearly brown. This stone might even assist you in attracting wealth and prosperity. Just don’t lose all you’ve got to acquire one, okay?

Fun fact: Citrine used to get itself confused with topaz quite often. It is durable and (mostly) affordable, so it’s generally the top-selling yellow/orange gemstone. For those wondering, its Mohs hardness sits at a comfortable 7. Apparently, citrine is the stone of choice for the 13th anniversary, and don’t act like you knew that already!

If you’re not knee-deep in pretending you’re not decorating for Christmas at this very moment, the 13th of November also happens to be World Kindness Day. Has someone done something kind for you lately, or have you taken the time out of your busy schedule to do so for somebody else? It can be easy to forget about those around us, while we stay in our little bubbles of hurryhurryhurry and gogogo.

Let’s face it—we all like to smile, and get a compliment now and again. Maybe today’s the day you’ll give (or receive) one. I don’t know about you, but the headlines seem to get more and more depressing the longer you scroll through Facebook, or look at the news. Perhaps your Random Act of Kindness will be a bright headline in someone’s day, or week, or month. Either way…

Have a wonderful day, and as always, thanks for reading.

Alright. We’re about to dive into a polarizing topic. One which has divided the masses for years. Are you ready?

I mean, it is Halloween. So, I don’t even have to be sorry for the scare! Regardless of how you feel about these (adorable) little candies (which may or may not ever go bad, ever), it’s Candy Corn Day! If you’re a Candy Corn hater, you’re probably disgusted by the thought of an actual ‘day’ dedicated to scarfing down oddly textured striped goods. On the other hand, if not, what a great excuse to eat some and avoid judgment from your peers.

“What?” You can say around the third handful you just crammed in your mouth. “It’s Candy Corn Day!”

This month, we’ve talked about October’s birthstones, and hope you have your jewelry ready for Halloween! Whether you’re dressing up or staying home with some cozy socks and a bowl of popcorn, we hope you have a delightful and safe holiday.

And, if for some reason you’re here, reading this blog…did you know some gemstones can actually change color? Seems rather fitting for Halloween, considering all the changes some of us go through in order to frighten I mean entertain small children. Alexandrite is one such stone, and depending on the lighting, may give you greens, reds, or even blue or purple in artificial vs natural lighting. Ironically, alexandrite was discovered in an emerald mine, and thus believed to be an emerald, since it happened to be green at the time.

Garnets and rare types of sapphires can also show color-changing abilities. It’s too bad that sort of thing doesn’t work on one’s hair…and don’t even start with that heat-sensitive hair color. Who do you know that walks around with a blow dryer to show that off? Exactly.

Alright y’all, that’s it for this week, given that we’ve still got some work to do here! Stay safe out there, and remember to have fun. ❤

What do tourmaline and dictionaries have in common? Nothing, I’m just fixin’ to write about both of them. Did you know the 16th of October was Dictionary Day? Did you know there even was a Dictionary Day? If you hate weird holidays, you should probably not read this blog, because I’ve got diabolical plans to talk about them now and again. Like now, for instance. If you know me, you know I love words. When nobody is looking, I am a writer. It’s a challenge to write short and concise posts for Facebook & Instagram.

I mean, I manage, because someone’s got to do it, but I do suffer from logorrhea on occasion. (No, I’m not going to make you go look it up. Logorrhea: Excessive and often incoherent talkativeness or wordiness. Now you know where ‘diarrhea of the mouth’ came from, eh? Ehhhh?) All of that said…there was a parade/party in the streets of Wilmington, Delaware. And we missed it. There were signs involved. One of which said, simply and rather succinctly: Hippopotomonstrosesquippedaliophobia: the fear of long words. You can’t tell me there’s no humor in language!

But wait—there’s more. You thought I couldn’t tie Dictionary Day into a jewelry blog, didn’t you? Wrong! Did you know, there is a specific term for those who have a phobia of rings? Yep. It’s called kosmemophobia. You’re welcome. NASCAR’s own Dale Earnhardt Jr. is one such affected person. That’s right, we now have Dictionary Day, kosmemophobia, and NASCAR in the same blog. You’re welcome. 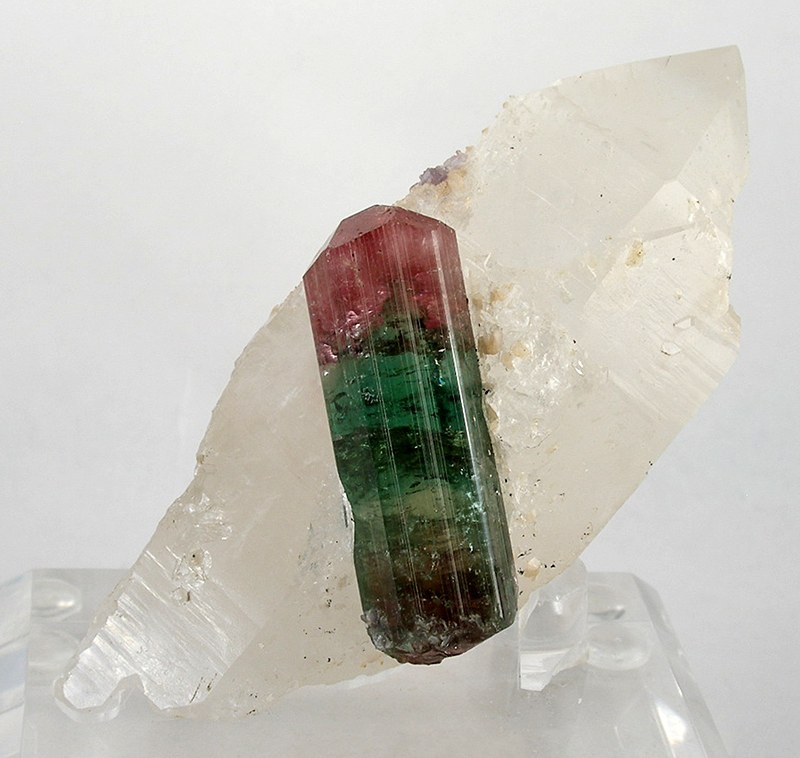 So. About tourmaline. Yet another stone with variety, which does fit in with October if one considers the costume side of Halloween. You may recognize this particular gem as “that one weird rock which totally looks like a watermelon.” It can also simply be green, red, or pink. In general, it’s believed to calm fears, build self-confidence, and encourage inspiration. If you didn’t know, tourmaline is one of the world’s most popular gemstones and generally easy to find in stores. Its hardness is 7 to 7 ½, so it’s a pretty durable rock as well.

Brazil has led the pack as a source for tourmaline for around 500 years. In the U.S., our most important source lies in Southern California, where tourmaline was mined in the late 1800s. However, the United State’s first commercial gemstone mine came after a discovery of tourmaline in 1821 near Paris, Maine.

If you’re trying to identify tourmaline, it does have several properties to aid you, as it usually has obvious striations parallel to the long axis of the crystal. Plus, it’s often color-zoned through the cross sections or along the length.

Last but not least…did you know some rare tourmaline is actually blue? It is called “Paraiba” tourmaline, and it gets the gorgeous color from trace amounts of copper. And, our last fun fact for today: red tourmaline can be found under the name rubellite as well.

If you’ve made it all the way here, congratulations! Your brain is now the proud recipient of some fun new facts. Unless you knew all of this already. In which case… do you want to write a blog?!

See y’all next time, and have a wonderful week!